Who are the North Wales Chapter of the Widows Sons MBA.

Collection of Galleries of some of the things we get up to.

What are we Planning?

Event calander with the dates of all meetings, ride outs, runs & events.

The 3 Days Tour of Wales

2013 – Alan Sullivan, and Dave Hughes wanted to do something to raise money for Combat Stress and at the same time raise the profile of this worthwhile but underfunded charity. As they were both keen bikers, they decided to organise a 3 Day Tour of Wales and a Charity Concert for 300 people in May 2013; as a result of both of these events a total of £15,600.00 was raised for Combat Stress. Several of the Riders who took part on this tour were members of the Widows Sons MBA from various Chapters around the UK, and they got talking to those North Wales Masons on the run.

2014 – Following on from the success of the 2013 run, a small group of the Masons involved in the original run, organised another 3 Day Tour of Wales, along with another charity night. This time raising a total of £14,000 for Combat Stress. As in the previous year, the run was supported by members of the Widows Sons MBA from across the UK. During the Run it was suggested that maybe we should think about forming a North Wales Chapter.

Behind the Scenes Work

After the 2014 Tour of Wales was finalised, Work was started on forming a North Wales Chapter.

We contacted the Head Office of the Widows Sons MBA, and some of the Members who had joined on the tours for advice. We were given a Mentor to help us with the work necessary in setting up a chapter.

Permission was sought and received from the Province of North Wales, and the United Grand Lodge of England.

Information about the formation of the new chapter were sent to all Lodge Secretaries in North Wales to be passed on to interested brethren.

After several months of work, on Monday the 10th November the founders meeting was held, Officers were proposed and elected for the inaugural year of the chapter.

During the 2015 Nation Rally (24th-26th July 2014) Our President received out official Charter from the Widows Sons Masonic Bikers Association.

The Widows Sons is quite simply a motorcycle-riding club. We are a non-brand specific riding Association so no matter what brand of motorcycle you ride, so long as you are a Master Mason in good standing you are welcome as a member.

We also have associate membership open to non-riding Masons. We are an internationally based group of independent Masons who have joined together to simply share the thrill of riding with other members of our fraternity.

We do not intend to speak for or represent any Masonic body. We simply want to share our passion for riding with all other Masons who ride, and have some fun while we do it.

We are not a 1% club. We are just a social riding club, which happens to have set one of its membership requirements to include being a Master Mason in good standing.

Our name comes from certain aspects of our Fraternity, it is not intended to install fear or appear threatening in any way.

We are not territorial and do not condone illegal activities by our members. All we ask is that our members act in a way that will reflect well on our Association, our Fraternity and motorcycling in general.

We have a club patch comprised of a picture and the words, “Widows Sons” and the name of our local Chapter. We also wear a Square & Compass patch (as we are entitled to do as Masons) to denote our personal fraternal affiliation. This is not a part of our ‘colours’; it is simply a common custom among members of our Fraternity to wear this symbol.

We strive to be friends and on good terms with ALL other clubs and riders we share the road with. We realise that wearing a patch is a serious matter and wear them appropriately. We understand there are clubs that have been around for many years and we respect that ­ Totally! We realise we are able to enjoy many of our riding freedoms thanks to the many clubs and riders that have been ‘in the wind’ before us.

In an effort to make sure all clubs understand our purpose we have contacted the NCOM and the COC to make them aware of our existence and our purpose. We ask all our members to wear their patch proudly and to always show respect for all other clubs and riders. We do not take sides or involve ourselves when it comes to other clubs politics. We do not claim ‘turf’ or territory.

Our members are also individually, members of MAG, HOG, AMA and other similar motorcycling associations. We come from all walks of life, including veterans of our Armed Forces.

If any prospective members or other clubs have any questions or would like more information about the Widows Sons we encourage them to contact us, we look forward to working with everyone in the motorcycling community to protect all our rights.

Freemasonry is one of the world’s oldest secular fraternal societies. The following information is intended to explain Freemasonry as it is practiced under the United Grand Lodge of England, which administers Lodges of Freemasons in England and Wales and in many places overseas.

The explanation may correct some misconceptions.

Freemasonry is a society of men concerned with moral and spiritual values. Its members are taught its precepts by a series of ritual dramas, which follow ancient forms, and use stonemasons’ customs and tools as allegorical guides.

The Essential Qualification for Membership

The essential qualification for admission into and continuing membership is a belief in a Supreme Being.

Membership is open to men of any race or religion who can fulfill this essential qualification and who are of good repute.

Freemasonry is not a religion, nor is it a substitute for religion. Its essential qualification opens it to men of many religions and it expects them to continue to follow their own faith. It does not allow religion to be discussed at its meeting.

For many years Freemasons have followed three great principles:

Brotherly Love – Every true Freemason will show tolerance and respect for the opinions of others and behave with kindness and understanding to his fellow creatures.

Relief – Freemasons are taught to practice charity and to care, not only for their own, but also for the community as a whole, both by charitable giving, and by voluntary efforts and works as individuals.

Truth – Freemasons strive for truth, requiring high moral standards and aiming to achieve them in their own lives.

Freemasons believe that these principles represent a way of achieving higher standards in life.

From its earliest days, Freemasonry has been concerned with the care of orphans, the sick and the aged.

This work continues today. In addition, large sums are given to national and local charities.

Freemasonry demands from its members a respect for the law of the country in which a man works and lives.

Its principles do not in any way conflict with its members’ duties as citizens, but should strengthen them in fulfilling their public and private responsibilities.

The use by a Freemason of his membership to promote his own or anyone else’s business, professional or personal interests is condemned, and is contrary to the conditions on which he sought admission to Freemasonry.

His duty as a citizen must always prevail over any obligation to other Freemasons, and any attempt to shield a Freemason who as acted dishonorably or unlawfully is contrary to this prime duty.

The secrets of Freemasonry are concerned with its traditional modes of recognition. It is not a secret society, since all members are free to acknowledge their membership and will do so in response to inquiries for respectable reasons. Its constitutions and rules are available to the public. There is no secret about any of its aims and principles. Like many other societies, it regards some of its internal affairs as private matters for its members.

Freemasonry is nonpolitical, and the discussion of politics at Masonic meetings is forbidden.

Freemasonry is practiced under many independent Grand Lodges with standards similar to those set by the United Grand Lodge of England.

There are some Grand Lodges and other apparently Masonic bodies that do not meet these standards, e.g. that do not require a belief in a Supreme Being, or that allow or encourage their members as such to participate in political matters.

These Grand Lodges and bodies are not recognized by the United Grand Lodge of England as being Masonically regular, and Masonic contact with them is forbidden.

A Freemason is encouraged to do his duty first to his God (by whatever name he is known) through his faith and religious practice; and then, without detriment to his family and those dependent on him, to his neighbour through charity and service.

None of these ideas is exclusively Masonic, but all should be universally acceptable. Freemasons are expected to follow them.

The Founder Members of the North Wales Chapter

On Friday 11th members of The North Wales Chapter, along with members of the Cheshire Chapter, and North West Chapter visited Bistre Lodge to enact...

END_OF_DOCUMENT_TOKEN_TO_BE_REPLACED

In 2017 the North Wales Chapter (NWC) of the Widows Sons MBA had £5000 raised from hosting the National Rally. We decided to give out 10 donations...

END_OF_DOCUMENT_TOKEN_TO_BE_REPLACED

Yesterday evening members of the North Wales Chapter visited Bistre Lodge Hawarden where they gave a lecture on "The Widows Sons" The Lecture was...

END_OF_DOCUMENT_TOKEN_TO_BE_REPLACED 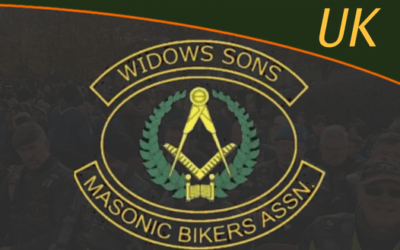 2nd Article in The Square Magazine

The North Wales Chapter are again featured in the Square International Magazine.

END_OF_DOCUMENT_TOKEN_TO_BE_REPLACED 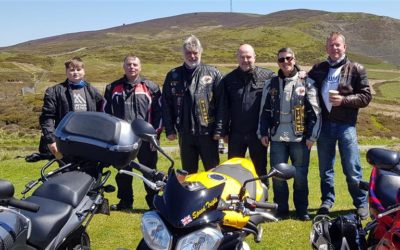 1st Ride out after Lockdown

The Sun is blazing away, Wales is not being flooded by rain for the first time since Noah landed his ark (or so it seems) So some members of the...

Who are the North Wales Chapter of the Widows Sons MBA.

Collection of Galleries of some of the things we get up to.

What are we Planning?

Event calander with the dates of all meetings, ride outs, runs & events.